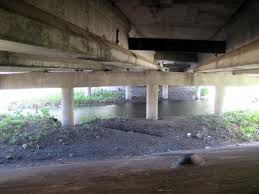 Meet Andy: I am unsure of his age, he indeed looks older than he is, he is divorced, he has 4 young children, and lives under the hospital street bridge, that is in Highland Park.
Initially, he came over to me, we spoke last week he needed glasses, this week he asked for a second pair($2.00) and of course I gave them to him. He said he met an elderly lady in the park whose glasses were broke, he gave her his. WE talked for a long time, and he has many isssues,: one he lives under the bridge, two, he owes child support, and IS paying it, but this leaves him with $360 for the month to live, lastly, he rarely speaks to his kids, he said "they don't want to talk to me", If you look at his eyes closely, this is the end of our conversation, when we spoke of his children he got teary eyed. We also spoke of his parents and I asked him about thier whereabouts, he said "I don't have a relationship with my father or mother." "He wasn't a good father"
Then we talked about how that felt...blah, blah, blah, and isn't it ironic, the very things we HATED the most as children, we have somehow repeated as ADULTS, even when you SWEAR as kids, I WILL NEVER do that to my kids.
Here is Andy, alone under a bridge, 4 baby children he created with his then wife, home alone without a father....the cycle continues. We talked about that. It made him sad, It makes me mad. Fathers, are really important, parents are really important. Families are really important, we damage our kids when we put our feelings first, or when we have children and we are so broken, we shouldn't have had them. I am rambling of course, but hurt people, always hurt people. Andy is hurt. We offered Andy a place right on the spot, he was to call "Lester": last night....Lester had a room for him. Andy didn't call. Lester went looking for him under the bridge, he is a special man"Lester". Andy is special too...someone forgot to mention that to "Andy" when he was growing up...now he lives under a bridge with no teeth.

UPDATE:
Andy DID NOT Show up to get his ride to Lester's house, saw him today and he said he "lost" his number. I told him "Lester" came looking for him under the HP bridge, he was surprised. We talked to him today, told him about reducing his court costs for child support...."Andy" is happy or at least "Content" under the bridge. He is NOT ready to move..So what do we do? We move on.
Pray, love him, call him by name, sometimes that is enough.
Posted by Cassie at 12:43 PM No comments: