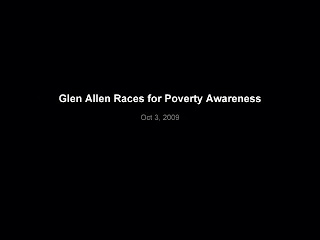 Posted by Cassie at 2:33 PM No comments:

Meet James, he's an Electrician. Graduated from John Marshall, has an associates degree from J. Sarge, 4 years from electrical trade school, and worked at The Federal Reserve for 23 years as a Electrician.Left the Federal Res. b/c it was monotonous, worked as a free contactor, his mother became ill ah he quit his job to take care of her. She dies, James never goes back to work. He was married twice, no children, her parents and sister are all deceased now, he has no relationship with his brother-n-law, he feels he has no one, "I like it that way...I'm a loner." James will turn 55 on Oct 23, that is what he is waiting for, his pension. He begins to draw stipends on Nov. 23(so he says). I met James last Christmas, that's when I recall meeting him him. He barely spoke, wanted coffee, maybe a new shirt, few items of food for his backpack and nothing more, no conversation, when he did, he was vague. Today,6 months later, James has been sleeping near by for the last 35 days, hanging out all day at the FreeMarket while I work. He's painted, odd jobs at the church, helps the music minister & the church custodian. No pay, but all the coffee he can drink and a place to wash his clothes and get a little bit of food. If he's lucky, someone will give him money for cigarettes...that's what he loves...cigarettes and coffee. James asked me for money..I asked how much...$20.00, I said "one time"..he asked for more later on..I said "no"...He's asked for money from lots of folks, asked if he could work for money, the church said "no". James is Homeless...has been since I've known him, he says it's been like 6 weeks...not by my calculations. James doesn't look homeless. Whatever homeless looks like. Nevertheless he's homeless.The preacher wants him to go to a shelter..."I don't want to go to a shelter with crack heads and drug addicts"...he'd rather sleep on the street. I struck a deal with James, if we go look for scrap metal and recycle it, I'd give James 1/2 of the money. He needs to find it too...and help me when I find it. We've cleaned out the entire church together, he's worked so hard, we find trash, go recycle it, he gets half the cash. At least we have begun a relationship that involves a mutual understanding, I understand him, it's not what I'd want for me, but that is what God is teaching me, He is NOT me. I feel like God is teaching me, I'm no better, can I just love him for who he is? Can I? Do I have to try to change him to be more like me..because I live in a home? I'm trying not to...at the end of the day, I'm grateful, to have worked with James and hung out with him, to drop him off at his favorite sleeping spot, and to drive on home to my warm bed. I've invited James to spend the night..."No thanks...I don't want to intrude." We are waiting for Ken" to call, he has a lot of copper. God has amazing ways of humbling me. He's teaching me HIS ways, one person at a time.
Posted by Cassie at 5:09 AM No comments: 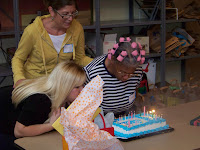 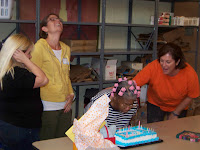 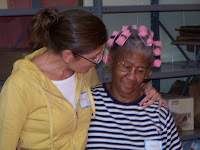 Marie turns 72....With a crowded room full of friends, we celebrate Marie's 72 birthday while she beams on. We are so moved by loving her, our(my) lives are changed. I have learned so much over the last year and have so much more to learn. Trying to be so careful to not be so "superior" over folks who are "poor"...THEY are teaching me. It has helped me to question every move I make.
I met Marie a year ago at the freemarket, she came because she was in need, of course, food and "stuff". I got to know her a little and invited her to come back and help, now she's a member of NM, comes daily, she's the "Opener", gets there first and opens up for me and the rest..she loves that job. She's in charge of the linen room on Sat. and she always gets hospitality ready..I love her...Marie was orphaned by her mother, a story that is often repeated in our friends, giving children "away". Marie's father died when she was 7, she quit school in the 7th grade to begin working. She never married, never had children, and she was "adopted" by a family friend and has lived there ever since.
In the beginning of our working together Marie would hide things she'd find in the bathroom and then take them home, she thought I didn't know. The rule is when you volunteer, you can't take...Marie doesn't have the need to hoard when she volunteers anymore. She still loves "stuff."....plastic flowers, crafts from others, the crocheted toilet roll dolly that sits on the back of the toilet...just awaiting to be useful. Just like me, we look for things to fill our lives, when I'm not careful, serving will replace my relationship for God. I fill my lives with things too...just not stuff. I'm trying hard to be more like Marie(Mary), and trust God for all I need. Loving Marie..she calls me"Boo". I love that.
Posted by Cassie at 4:44 AM 3 comments: