James slips out of the Net 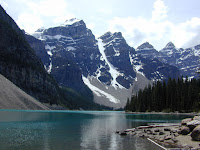 It's been awhile, In Coalminers Daughter Loretta Lynn Says "Dew...my life is going to fast...." I feel that way too. I can't get it all done, God reminds me I'm not supposed to.
Many have asked about "James"...he's moved out and moved on. Not heard of since. Vanished, as quickly as he appeared. I'd bet embarrassed, but may be, just maybe, he'll want to prove me wrong and be successful... James had a deadline to meet, Jan 31st, 3 months to the date of when we moved him in, expecting and asking for nothing in return, except...honesty. To him I'm sure he was honest, to me he with held the truth. We gave him our car, I taught him how to recycle metal, some weeks he made up to $600 per week, we moved him in, asking for nothing except common courtesy, "will you be coming home?" Often, he'd disappear for days, no calls.
He led a reclusive and allusive life, no friends...really, no family. He's quite an anomaly, but yet I cared about him and I wanted only the best for him, knowing we can only want that for ourselves. He wanted it to a degree, I could see hope, he commented on our family life, how lucky we were to have such a beautiful family, children, the American dream so to speak. He heard us argue, sat at our dinner table, slept in our living room, did his laundry, played with our dogs...the children were polite to him, giving up "their party room" for James...it was a sacrifice for them. A good one.
James kept telling me he was getting his "retirement check soon." He actually received three($3000 a month) while living here, so he said, I never saw them. He told me he was buying a truck by the end of the three months in order to give us our truck back, he missed the deadline...I never saw "the truck" he purchased.
It just didn't add up in the end, he disappeared with our truck for 5 days...I called the police(my brother in law) and asked him to watch out for him, called a mutual friend knowing word would trickle out...He called me back ASAP..screaming at me...I was taken back and hurt...I'm a little too Pollyanna, I had the whole success story right in my consciousness...it was going to be a book. Not really, it ended all the wrong way. James had a Suspended License, (failed to mention that), he owed back taxes, (failed to pay those 8 years ago) Govt found him when he began receiving pension checks. This is what he tells me, he's also had cancer, a stroke, he's twisted his ankle, he had an arrhythmia in his heart...My patience ran out.
We said farewell to James. Within two days...James the homeless man was back to sleeping on the streets, carrying his bag, just the way I met him, over one year ago.
I pray for James, I actually look for hm all the time in the city. My friends at the recycle center say he's still coming in daily...that's progress. I pray he saw God's light in us...perhaps one day we'll see each other again...Heaven I hope.
I've realized, I can't change a soul, EVER...I can only love them. And I truly do get disappointed in people, it seems so simple...but it's not. James used to tell me all the time "Cassie, I have Demons." I quickly reminded him, "We all do."
Only God can heal us...when will I get it? Good Bye James.
Posted by Cassie at 2:53 AM 1 comment: